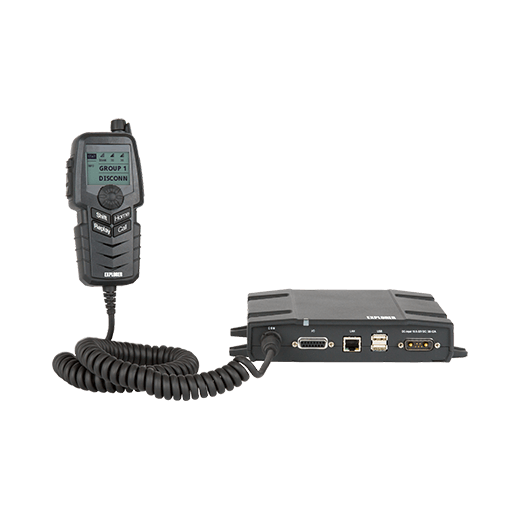 Mobile satellite internet  technology provides many features that allow you to use your internet-connected device as a two-way radio. These include Radio over IP (RoIP),  push-to-talk  (PTT), and GPS tracking. Mobile radio users can obtain all of these capabilities with the Explorer 323 satellite platform.

The Explorer 323 is an extremely compact Broadband Global Area Network (BGAN) terminal that provides both data and voice communication for mobile users. BGAN is a global satellite network typically used to provide mobile devices in remote locations with internet connectivity. The primary advantage of BGAN over other satellite internet services is that it doesn’t require a dish, which is quite heavy and bulky. BGAN satellite internet terminals are typically the size of a laptop, so they’re highly portable.

RoIP is similar to Voice over IP (VoIP), except that it augments two-way radio communications instead of telephone calls. It’s essentially VoIP with PTT, which network engineers can implement like any other radio network. RoIP requires at least one node in the system to be an actual radio, but all other nodes can be any communications device accessible over IP.  Modern satellite Radio over IP devices may include traditional hardware like telephones or computing devices running softphone applications. Engineers can deploy RoIP over both private networks and the internet, and it’s often used in land mobile radio (LMR) systems distributed over a large geographic area.

PTT is a method of talking on a half-duplex communication line that involves pressing a button momentarily to switch from reception mode to transmit mode. Traditional users of PTT include air traffic controllers and law enforcement since it allows multiple parties to communicate on the same frequency. Mobile carriers often offer PTT services for smartphones and other mobile devices. More recently, mobile apps provide PTT capability that doesn’t depend on the carrier and is almost as fast as carrier-based solutions.

Global positioning system (GPS) tracking is available through SkyMira’s web portal, which can stream reports into a Computer Aided Dispatch (CAD) system. This capability allows you to track the location of mobile assets on a map in real-time. SkyMira’s GPS tracking also lets you create geofences for assets, alerting you via email or SMS when an asset enters or leaves a particular geofence. Users also receive notification for other events, such as speeding. Additional benefits of GPS tracking include the ability to contact drivers using Garmin technology, allowing dispatchers to communicate via text message.

The SatRad Explorer 323  platform provides both PTT and GPS tracking. It’s the latest radio system from SkyMira and the first major upgrade of the MSAT platform since 2007.

The Explorer 323’s built-in PTT capability makes it easy to integrate into existing LMR, MSAT-G2, and SMART talk groups. It also handles wireless IP data, making it ideal for automating the workflow of electronic forms and sensor applications. Additionally, the Explorer 323 uses AES-256 encryption, which is the most secure commercial encryption currently available. Finally, the Explorer 323’s enclosure has an IP-66 rating, meaning it’s highly resistant to damage from both solid particles and liquids.