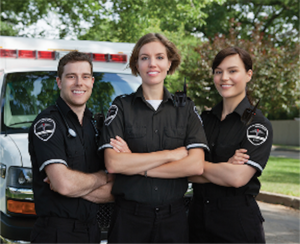 Mobile satellite technology provides a high-speed internet connection within the line of sight of a geostationary satellite, meaning the satellite doesn’t move relative to the earth. This technology allows you to access the internet from devices such as laptops, tablets, or smartphones without the restrictions of land-based services.  Mobile satellite internet capability is particularly useful in rural areas without other types of internet connectivity. It’s also used to create a network of mobile workers, especially for emergency services. Global Positioning System (GPS) tracking is another major benefit of mobile satellite devices.

Let’s take a closer look at mobile satellite internet and its many benefits.

Portable satellite internet is an affordable solution for providing users in remote areas with internet connectivity. It typically uses a Broadband Global Area Network (BGAN), which is a global satellite network that users access with portable terminals. These terminals provide the connection between the computing device and the satellite. The primary benefit of BGAN is that the terminal is about the size of a laptop, whereas other satellite internet services require a satellite dish.

The SkyMira EXPLORER 323 is an ultra-compact BGAN terminal that provides voice and data communications for mobile users. You can send and receive phone calls with Radio over IP (RoIP), which uses push-to-talk (PTT) communications. The EXPLORER 323 also supports communication with land mobile radios (LMRs) and automatic failover between other satellite and local area networks (LANs).

Satellites can also connect two-way radios that use VHF and UHF, typically those separated by large distances. These radios include both portable and stationary units, which are commonly used in emergency services such as fire, police, and medical care. Satellite internet provides a number of benefits for these applications.

For example, the SkyMira VCOM app can turn a mobile device into a PTT radio, wireless intercom, or dispatch unit. The X10DR wireless microphone also extends on-site PTT communications with a range of 500 meters. The Explorer 323 PTT radio system eliminates the coverage gaps of line-of-sight technologies with over-the-horizon communications.

A GPS tracking unit determines the user’s geographical location and is usually carried by a person or vehicle. It can store this data in the unit itself, but it can also transmit it to an internet device via a modem. This includes the cellular modems that are typically used by mobile phones, as well as radio and satellite modems. This technology allows the user to view the location of assets on a map in real-time or analyze them later. Devices with GPS tracking capability typically have the necessary software already installed.

The Explorer 323 obtains GPS tracking through SkyMira’s web portal, and you can also stream GPS reports to a Computer Aided Dispatch (CAD) system. Users can monitor the locations of mobile assets in real-time throughout the trip with breadcrumb reports and historical data. The Explorer 323 can also create geofences and produce alerts when an asset leaves its assigned area. Additional features of this model include the ability to immobilize a vehicle in response to a panic alert.

For more information about mobile satellite internet solutions from SkyMira, contact us today!