What Is Fixed Site RoIP? 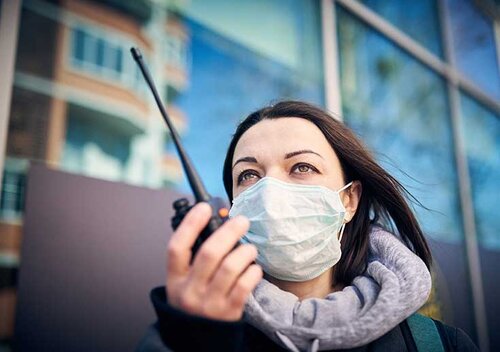 Radio over Internet Protocol (RoIP) is becoming an increasingly common means of creating a communication network, especially for those with many users over a large geographic area. RoIP networks often use a hub-and-spoke architecture, in which a stationary dispatch acts as the hub and mobile users are the spoke portion of the model. Fixed site RoIP has specific considerations in addition to the ones that also apply to portable RoIP, including service costs, interference, and interoperability.

Below, we’re taking a closer look at fixed site RoIP and what it entails.

People who ask, “What is RoIP?” should understand that it’s a group of technologies designed to deliver radio communications over IP networks. This network is typically the internet, but RoIP can also use private networks. RoIP is similar to Voice over IP (VoIP), except that it also adds push-to-talk (PTT) capability and can be implemented like other radio networks from the user’s perspective.

Traditional radio networks require all of their devices, or nodes, to be actual radios, whereas an RoIP network only requires one node to be a radio. The other nodes can be any device with internet connectivity, including dispatch consoles, plain old telephone system (POTS) telephones, or computing devices with softphone applications.

A half-duplex communication method allows users to send or receive, but not both at the same time. PTT is a method of talking on a half-duplex line that involves using the receive mode as the default and pressing a button to switch to the transmit mode temporarily. Traditional uses of PTT technology include air traffic controllers and emergency responders, who need to hear everyone on the same frequency without interfering with those conversations. Many cellular phone networks also offer PTT as an option, allowing subscribers to use their phones like a walkie-talkie with unlimited range. Some PTT services also work on stationary devices like desktop computers.

Computers generate their own electromagnetic radiation (EMR), which can interfere with traditional land-based radio (LMR) equipment. Fixed radio facilities like dispatch centers routinely contain computers, which can make it more difficult to use nearby LMR equipment. The facilities benefit from using computers with RoIP interfaces to conduct radio operations, as they’re less subject to interference than LMR equipment.

RoIP can connect LMR equipment to devices with internet connectivity, which is particularly useful for fixed locations. Dispatch centers routinely need to link existing networks at the federal, state, and local levels during large-scale emergencies. These networks often use different radio devices such as cellular telephones, POTS, and satellite communications (SATCOM) systems. Fixed RoIP centers can integrate these disparate technologies into a single communications network since the only requirement for the communication device is that it be IP-enabled.