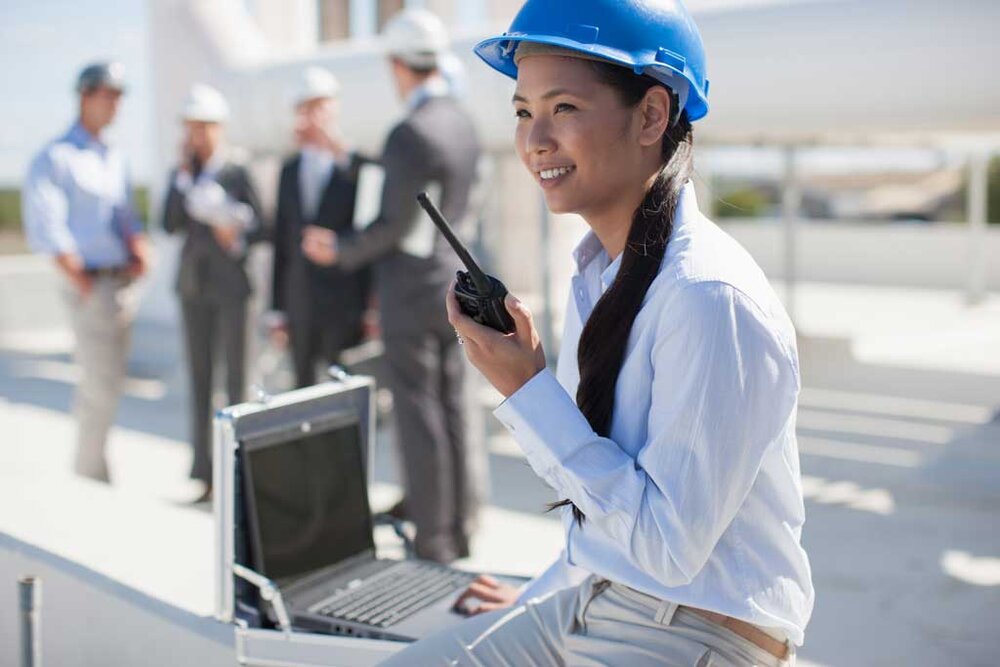 Push-to-talk (PTT) is a method of communicating on a half-duplex device, which can’t transmit and receive at the same time. The user typically must hold a button down temporarily to switch from receive to transmit mode. Two-way radio is the best-known example of traditional PTT technology, although internet-based technologies such as Radio over Internet Protocol (RoIP) and smartphone apps are becoming increasingly popular forms of push-to-talk radio.

Traditional uses of PTT include the following:

PTT is particularly useful in radio applications where many users are on the same frequency. It requires the use of special code words and other techniques to minimize the risk of two people talking at the same time. For example, speakers always start a transmission with the call sign of the party they’re talking to, immediately followed by their own call sign. In this way, push-to-talk radio allows everyone to remain aware of each other’s actions and intentions without hearing background noise from non-transmitting parties.

RoIP is similar to Voice over IP (VoIP), except that it’s used for two-way radio rather than telephone. It’s essentially VoIP with PTT capability and may be implemented like any other radio network. At least one node in an RoIP network must be a radio, which is connected to other nodes via IP. The other nodes can be a variety of devices such as other two-way radios, which may be based on traditional hardware or computer software. RoIP devices can also include any communication device that’s accessible over IP, such as POTS telephones, PDAs, Skype phones, and smartphones.

RoIP isn’t a proprietary protocol and has been implemented in a number of ways, including open source. For example, RoIP systems in the amateur radio community include the following:

Smartphone apps are one of the latest advancements in PTT communications, as many carriers now offer an RoIP app that supports their system. Over-the-top (OTT) apps are also popular, since they’re nearly as fast as carrier apps and don’t depend on a particular carrier. Many organizations also install RoIP apps on dedicated smartphones for use in the field.

For example, the VCOM app from SkyMira turns any computing device with internet connectivity into a PTT radio. This app is highly scalable and allows thousands of users with an unlimited number of channels. It also offers a virtually unlimited number of point-to-point calls, group calls and group conferences. VCOM also allows the user to configure selectors for basic PTT functions such as talk and listen. The selector’s color indicates the status of its associated channel such as gray for offline and red or green for online.

PTT technology has been in use as long as radio, but recent developments are providing it with new uses. RoIP and mobile apps are two of the latest advances in PTT, both of which use the internet to establish communications between radio devices. The scalability of these apps also allows large numbers of users to communicate at the same time. For more information on push-to-talk radio, contact our team at SkyMira today.